Home buyers today are caught in a crunch. Rents are rising, eating an ever-bigger chunk of people’s paychecks. Meanwhile, home prices are shooting up, too. Still, most people (including your mom) will tell you that it’s better to own than to throw away money on rent. And if you can can find a way to scrape up the money for a down payment, you should take the plunge and buy a home of their own. But there’s a catch.

You have to get a mortgage.

And despite the recovery, the number of new mortgages rose only to 6.2 million in 2015.

“It is, quite simply, too difficult to get a mortgage today,” says Jonathan Smoke, chief economist of realtor.com®. “And that is limiting the pool of potential buyers.”

Those who own a home already should count themselves lucky—many would not qualify for a mortgage by today’s standards. Unfortunately, that also means they can’t trade up.

“Lenders are looking for every reason not to make a loan,” Smoke says.

So with the economy improving, why aren’t lenders doing more lending? And what’s a would-be buyer to do?

After the housing bubble burst in 2008, the federal government put new rules and regulations in place to make sure that faulty mortgages didn’t crash the world economy again. In some cases, that’s led to hundreds of pages of new disclosures added to the mortgage documents—and new penalties levied for any errors.

So the smallest of mistakes in that pile of paperwork can be expensive for mortgage issuers.

For example, if a title insurance policy costs $700, but it says $500 in the documents, lenders can be on the hook for the difference, says mortgage broker Chris Brown, president of Huntington Beach, CA–based CB Investments.

Lenders often sell their loans to Fannie Mae or Freddie Mac. But if any loans turn out to have even a tiny error—and we’re talking tiny—the mortgage giants can force the lender buy them back.

The need for increased attention to detail is more time-consuming and requires more manpower. And that jacks up the cost of issuing a mortgage.

“It takes twice as much time to do a mortgage as it did even five years ago,” Brown says.

Interest rates remain near historic lows—which is great if you’re a home buyer, but not so great for mortgage makers. After all, interest is profit for the lender.

“With lower rates, they’re making less money per loan,” says Smoke. “The lenders’ costs have gone up, and their ability to make money continues to be limited by low interest rates.”

Mortgage issuers want to limit their chances that buyers will default on their loans. And that means they don’t look kindly upon those with less-than-stellar credit, says Karan Kaul, a research associate at the Urban Institute, a Washington, DC–based, nonpartisan think tank.

The median FICO credit score of successful mortgage applicants in 2015 was 754, up nine points from a year earlier, according to data from the Urban Institute.

After the financial crisis, “it’s only logical that we’re being overly cautious,” Kaul says. But “there may be some weight to the argument that we’ve gone too far in the opposite direction.”

In addition to a higher credit score, applicants generally must show proof of two years of consistent income. And while that may be tough for business owners, freelancers, and those starting their careers, lenders would rather be safe (and strict) than sorry, say some experts.

“Things like verifying income, making sure the borrower has credit, those are standard practices in lending,” says Greg McBride, chief financial analyst of the personal finance website Bankrate.com.

So, what will push lenders to lend?

In order for lenders to feel comfortable about lending more, the government needs to clarify its new rules and regulations, says Mike Fratantoni, chief economist at the Mortgage Bankers Association, a trade organization.

For example, lenders can now be charged up to three times the damages for mistakes in loans that were insured by the Federal Housing Administration.

The agency announced this month that it will only go after loans that would not have been made if there had not been mistakes in them. And over the past few years, Fannie Mae and Freddie Mac have strived to become more transparent about when they might require mortgage lenders to buy back loans.

Send me news, tips, and promos from realtor.com® and Move.

But the federal government needs to do a better job of making it clear that it doesn’t plan to penalize lenders for simple mistakes, realtor.com’s Smoke says.

The inevitable rise of mortgage rates—Smoke believes they’ll trend up this year—is another factor that has a dual effect.

Rising rates will make it more profitable for lenders to issue mortgages—and remember, they want to make all that fussing over mortgage paperwork worthwhile.

Lenders have also been relying on a steady stream of mortgage refinances, which are expected to drop as rates go up, Smoke says. When that happens, they’ll probably be more eager to issue new loans, he says.

How can buyers increase their chances of securing a loan?

Knowing that the road ahead is rough, would-be home buyers need to be on their game and get pre-qualified or pre-approved for a loan, says David Crook, author of “The Wall Street Journal. Complete Real-Estate Investing Guidebook.”

“You can make a better deal if you have your finances arranged ahead of time,” he says.

Buyers should also know their credit score and do what they can to make it as high as possible, Smoke advises.

And they should pay off as much debt as possible before seeking a loan—applicants’ debt-to-income ratio is a big factor in whether they gain approval for their loan.

Buyers should also shop around to figure out which local lenders are offering promotions or mortgages with lower credit requirements.

“Do your homework and do your legwork,” Smoke says. “You need to put as much effort in finding the right mortgage for you as you do in finding the perfect home.”

Clare Trapasso is the senior news editor of realtor.com. She previously covered finance for a Financial Times publication and wrote for the New York Daily News. Clare also teaches journalism at a local college, loves food festivals and bike trips, and enjoys playing with her dog. 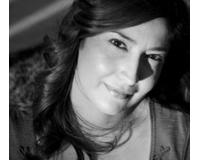 Want to Advertise on this Site?

In just a few seconds, you will be searching just like a Realtor®

Cromford Report Market Summary For The Beginning Of February

The Impact Of Homeownership On Civic Involvement

"I'd say he's doing great! I am a business partner of the team and I can say that he has been nothing but outstanding in every regard to mortgage lending. He has a true desire to serve his clients and serve them well. "

This is a list of your favorite properties. We will email you if a property is reduced or leaves the market.

This message will go directly to the head of our team.